Tase Gallery is the future of Art, Community & Retail.

A modern form of immersive in-person purchasing through installation and storytelling.

Education of design chain processes, reimagining the reality of commerce, as well as pivotal artists exhibitions

Claude Home is a New York based design studio and collector of rare mid-century modern furniture. Gordan Winarick, who is is frequently shown at Tase, extends beyond painting to include sculpture & acting. Self-taught, his non-traditional use of materials and methods create a visual language that is as emotionally charged as it is personal.

The meditative moment of reflection, a pause, interruption with intention. Tase Gallery, Claude Home and Gordon Winarick bring you a dialogue between art and design. A visual prompt that promotes a mental interlude. A moment to be aware of the conversation between art, furniture, and space.

The first exhibition is curated by Jesse Andrews who will define the tone of Tase Gallery and why it exists. Installations span from chandelier of rings glistening in the sun, visitors digging through sand to find a letter block with their initial, looking at detail beads through microscopic of water, a live scanning activation with a home memory, and a projector looping start to finish how a graphic was made while next to it sits the piece of clothing it belongs on.

As an homage to Black History Month, a pedestals welcomes viewers to flip through curated books on race, injustice, art & music. The installation allows them to sticky note their favorite quote and explain what emotion it evokes, anonymously.

As one of the youngest students to attend the newly established Bauhaus school of design at age 19, Marcel Breuer-hungarian architect and furniture designer is best known for using tubular steel bending technology as a structural frame to support his iconic chair designs (Wassily) originally inspired by bicycle frames. The chair became an instant success leading Breuer to teach at the school and subsequently developed his own architectural firm in Berlin. Although Breuer spear-headed many projects, he often collaborated with other designers. Major commissions include the Whitney Museum in New York and UNESCO in Paris.

Initially, a devoted champion of the international style of design in which he utilized steel and glass, he later consecutively adopted concrete in the emergence of brutalism. Breuer applied rational design principles to modern technology components and materials fundamentally demonstrating the ideals of art meets industry discovering new and innovative ways of expressive forms of three-dimensional design. He maintained that polished impeccable lines are essential for modern living. Breuer is considered to be one of the most important and influential architects of the modern age.

“Modern architecture is not a style, its an attitude.” -Marcel Breuer

“I am as much interested in the smalles detail as in the whole structure.” 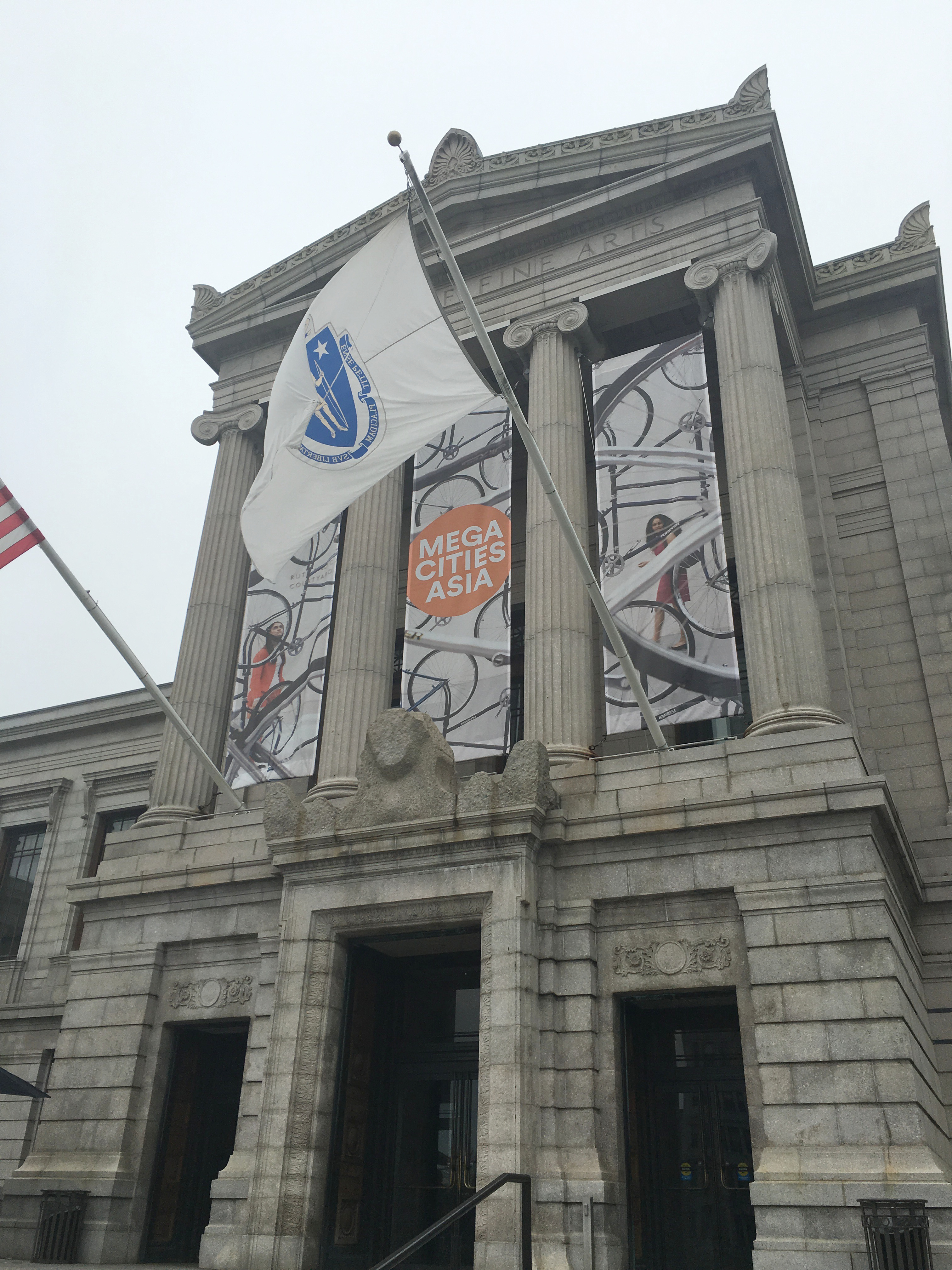 A couple of posts back, I told you I took a trip up to the Museum of Fine Arts in Boston. I forgot to mention the inside of the building which is massive and gorgeous. I’m not going to lie, I almost tripped on the stairs looking at all the amazing columns, murals , skylights and statues before me at the entrance.